In some of the most widely reported Green Party news, Member of Parliament and Green Party leader Carolina Lucas has announced that she is resigning her post as top party leader to help push back against the Liberal Democrats, the junior partner in the current Conservative lead coalition government.

According to The Independent, Lucas is leaving her party post in hopes of raising the profile of other party stalwarts in their races.

Ms Lucas, the MP for Brighton Pavilion, wants the party leadership to be used as a vehicle to boost the profile of other potential Green MPs. The Greens think they can win more Westminster seats in 2015, especially through the disenchantment of Lib Dem voters unhappy with measures Nick Clegg and his party have supported in the Tory-led Coalition, such as tuition fees.

END_OF_DOCUMENT_TOKEN_TO_BE_REPLACED

In an series of posts at his Facebook page last night Chris Alders has been reporting on Green Party victories in England. Here are the results:

The rest of the results are below the fold. END_OF_DOCUMENT_TOKEN_TO_BE_REPLACED

Alternative voting, quite similar to Instant Runoff Voting, is on the ballot today in England. The video below explains how cats can use AV to keep their country from going to the dogs. Results will be posted here later today. 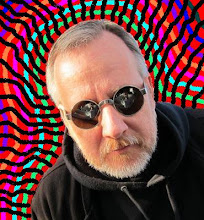 The review can only be read at Z Magazine if you have a subscription, but McLarty also published the review here and here.

The book, A No Nonsense Guide to Green Politics, is recommended by both Carolina Lucas, recently elected Member of Parliament for the Green Party of England and Wales, and by famed historian Howard Zinn. Here’s a short excerpt from the review.


If a Green ideology exists, it’s based on humane and ecological principles rather than single-model prescriptions for economics, government, and other spheres of human behavior. The classic ideologies of the 19th and 20th century — laissez-faire capitalism, bureaucratic collectivism, fascism, and various theocratic fundamentalisms — all value abstractions, systems, and doctrines over human life. Stalin made communism work by allowing millions of Ukrainian peasants to starve to death; fascists liquidated ‘useless eaters’ and scapegoat minorities; business owners resisted the right of workers to livable wages, reasonable hours, and safe workplaces; corporate polluters dumped lethal substances regardless of the effect on nearby residents; religious zealots condemned queers and unsubmissive women in the name of a savior, prophet, or edity. Derek Wall recognizes that deep ecology, taken to an extreme as a single-model ideology, reduces humans to ecological cogs. He mentions deep ecologist Dave Foreman’s claim that AIDS and famines in Africa should be welcomed because they reduce human populations and thus mitigate the environmental harm that people cause.

Mark Easton of the BBC reports on Mark Kennedy, a police officer who “infiltrated” environmental groups in Great Britain. Kennedy apparently lied to environmental activists about his identity, interests and goals, and found himself in the leadership of some of these groups, even handling meetings and finances.

END_OF_DOCUMENT_TOKEN_TO_BE_REPLACED

I am most grateful to you for calling me during today’s debate.

The environment is a subject dear to my heart, as I’m sure you know, and I’ll return to it in a moment.

I think anyone would find their first speech in this chamber daunting, given its history and traditions, and the many momentous events it has witnessed.

But I have an additional responsibility, which is to speak not only as the new Member of Parliament for Brighton Pavilion, but also as the first representative of the Green Party to be elected to Westminster.
END_OF_DOCUMENT_TOKEN_TO_BE_REPLACED

The first story covers California Green and former Congressman Dan Hamburg in his race for Mendocino County Council. Hamburg maintains a Facebook page, and donations to his campaign can be made via his campaign website The story at IPR says that Hamburg is likely to be in a run off.


Mendocino County’s 5th District is awash with well-known, seasoned liberal candidates vying for a seat on the Board of Supervisors, making a November runoff nearly certain.

The primary is set for June 8th.

In another piece written by Ross Levin, Lynne Williams has announced that she’s abandoned her gubernatorial bid, and is instead running for a seat in the state legislature.


As always, I will continue speaking out about the issues that concern me, particularly the right of self-determination for local communities and local school districts, preventing inappropriate industrial development from invading our rural communities, supporting local foodscapes, and ensuring that farmers and fishing families are able to create sustainable businesses.

Meanwhile, in international Green news, IPR reports on the Green Party of England and Wales, and their newly minted manifesto The party’s campaign theme, Fair is worth fighting for, is explored in a video, which you can see under the fold. END_OF_DOCUMENT_TOKEN_TO_BE_REPLACED

England and Wales use a system that permits the Prime Minister to call elections within a time frame that suits his or her political ends, and Prime Minister Gordon Brown has apparently decided that now is that time. The elections are fast approaching, and media coverage of Greens is increasing as voting closes in. Four articles from St Albans, Yorkshire, Oxfordshire and and Oxford are below the fold. END_OF_DOCUMENT_TOKEN_TO_BE_REPLACED